What Would George Burnett Get George Clooney for A Wedding Present?

Posted on October 1, 2014 by thedvrfiles

Yo kidz. I’m back! It’s been a busy two weeks. I was on a very secret mission to stop the marriage between George Clooney and the Voldemort of aspiring gold-diggers everywhere, She-Who-Must-Not-Be-Named (but I’ll do it anyway because I’m a responsible journalist, duh), Amal Alamuddin. 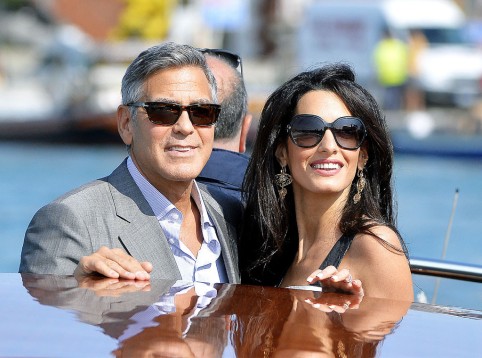 For the record, I f—ing failed.

It got me thinking. George is a rich guy. Most of his friends are probably rich. But he’s from Kentucky! He must have some normal friends from his past. What would they get as a wedding gift for the man who has everything?

Since I don’t know any of his regular friends from Kentucky, I am going to pretend that George Clooney invited all of the regular people he played on TV to his wedding. Let’s discuss what they bought for the Mr. and Mrs.

Character: George Burnett on The Facts of Life 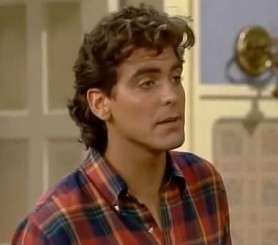 Liz, I’ll go fix the lightbulb that is over your head!

In one of his first major roles, George Clooney played George Burnett, handyman. He helped out the girls, recent graduates of Eastland Academy, as they ran the pop culture store Over Our Heads after Edna’s Edibles burned down. 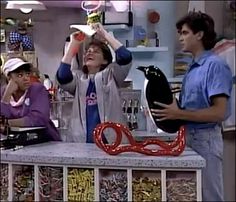 George and Jo have matching mullets. SO cute!

Now, George wasn’t a pervert, at least not that can I remember. So he didn’t buy the sexy lingerie for Amal because he wanted to embarrass the barrister (British for lawyer). Nope, it’s a bit of an inside joke between the two Georges. See, in the episode “Doo-Wah” which aired on November 2, 1985, young Andy (some pre-teen that lived in the house for reasons I can’t remember. I was six for Christ’s sake.) entered the girls in a contest to be backup singers to El Debarge. Yup, you can’t make this sh– up. Anyway, Andy called their group Sexy Lingerie because he was a young pervert. So George B. thinks it would be hilar to get George C. a lace negligee as a throwback to a different time. 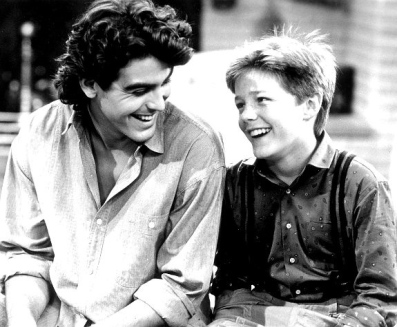 George and Andy. The handyman and the pervert. 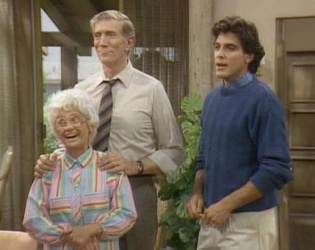 You can arrest me anytime!

Sophia is excited because she just got news that Detective Bobby Hopkins (Clooney) is going to hang out on the lanai so he can observe the ladies’ neighbors who just HAPPEN to be jewel thieves. I’d be willing to live in danger if it meant a hot cop would stay at my place. But I digress! While Clooney’s stint on The Golden Girls only lasted one episode, it was a memorable one. I bet he even kept some of the loot he rescued that went unclaimed. A leftover diamond necklace would make the perfect gift for Amal!

Gift: A set of plastic bowls 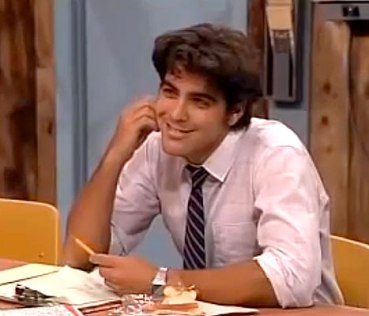 I bet he won best smile in his high school yearbook.

As the foreman at Wellman Plastics, Booker Brooks got to boss around Roseanne, Jackie, and Crystal, which we all know is NO easy feat. He was professional (I think. I wasn’t allowed to watch Roseanne when George was on it so I’m guessing based on the picture above) so he probably climbed the ladder to middle management but decided to give George and Amal a set of plastic bowls as a reminder of how far they’ve come and also because maybe Amal likes to cook. Or maybe George is the one who cooks. I’m no sexist! 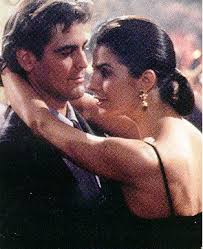 He looks hot, she looks like a corpse. Score!

Sisters was my FAVORITE show to watch in the early 1990s while I was babysitting on a Saturday night. It was a show about sisters! George played Detective Falconer who was investigating Teddy’s daughter Cat’s rape. He then fell in love with Teddy and they got married. So you’d think he’d appreciate a nice wedding gift! So why do I say he gave nothing to Amal and George? Well, because he’s dead! His murder was ordered by a criminal who he was about to testify against in court. What a bummer! One less present for George and Amal!

Gift: A massage chair/Everything You Wanted to Know About Sex* But Were Afraid to Ask DVD 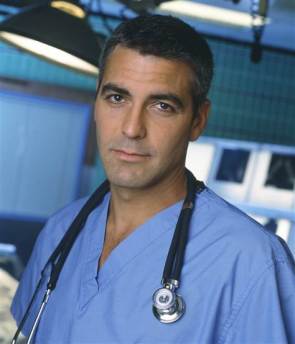 Since he’s a doctor, Doug does have SOME money so he can pick one of the more high end items off the registry. I bet he’ll choose a nice massage chair because he values health! And then as a joke he’ll throw in a DVD of the Woody Allen movie Everything You Wanted to Know About Sex* But Were Afraid to Ask because Gene Wilder plays a sheep-f—ing doctor named Doug Ross and he has a great sense of humor. Watch the clip below. It’s funny and doesn’t actually show bestiality in case you were worried.

So there you have it! If George invited any one of the people he played on TV, I bet that’s what they give him and Amal as a wedding gift.