Who Should I Marry?

So, even though I hooked up with Alex Skarsgard the other night (in my dream, mind you), I am still a single lady. You would think I’d have thousands of suitors lining up at the door of my apartment in Queens, but you’d be wrong. Nope, I just have a TV, good cable, and a DVR, and that’s the basis I’m using to select my potential mate.

A) Jordan Catalano of My S0-Called Life

“I don’t know if I’m comfortable with you borrowing my conditioner, Liz.”

Confesh: Even though I was the prime demographic for My So-Called Life–I was 15 when it premiered in 1994–I only watched a handful of episodes before I got bored. See, I was living the life of a dork attending a public high school in the suburbs already, I didn’t need to see it on TV too. That said, I know a sexy bad boy when I see one, and I can totally understand Angela Chase’s obsession with Jordan Catalano. It DOES hurt to look at him, because his hair will always look silkier than yours.

B) Troy Dyer of Reality Bites (Ethan Hawke’s character. I didn’t remember his name either. Thanks IMDB!) 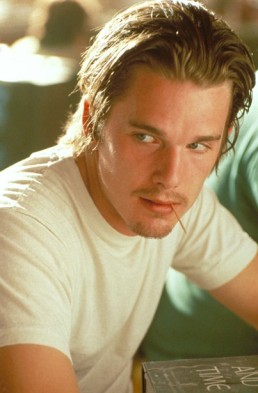 Washing hair is so overrated.

Reality Bites, released in 1994, illustrated the lives of four recent college graduates living in Houston. I was so excited to see this movie as a freshman in high school because it had a killer soundtrack, and I’m not talking about that annoying Lisa Loeb song. Plus your home girl LOVED Ethan Hawke. He was so lost soul ’90s! He also knew how to turn up the sensitivity–hello Dead Poets Society–and he had red hair like me. Swoon. But when I first watched the movie, I just did not get it. I totally loved Troy and could not understand why Lelaina (played by Winona Ryder) would want to be with the buttoned up, successful Michael (Ben Stiller). Troy was moody, artistic, and brooding; Michael was BOR-ing. And then I rewatched it as a 30-year-old and I was all, Troy is such an asshole! Want proof? 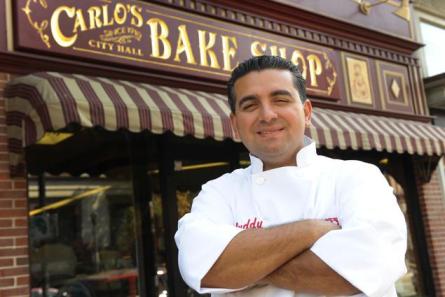 Buddy is a real catch. Yes, he’s happily married to his wife Elisabetta, with whom he has four kids, but this is all hypothetical, okay? One, he owns his own family business, so he will always have a job. Two, he can bake, so your children will raise the most money at the school bake fairs. Three, he is a devout family fan–he’s close to his sisters and his mother Mary, who is sadly suffering from ALS.  Four, he cares about his community of Hoboken. After the devastating Hurricane Sandy, he donated any salvageable goods to emergency relief. Five, he is a good Catholic boy who is always blessing himself (well, I saw him do it once so I imagine it happens all the time. Tomayto, tomahto). Buddy might not be the most handsome guy, but he’s adorable and kind and hard-working. 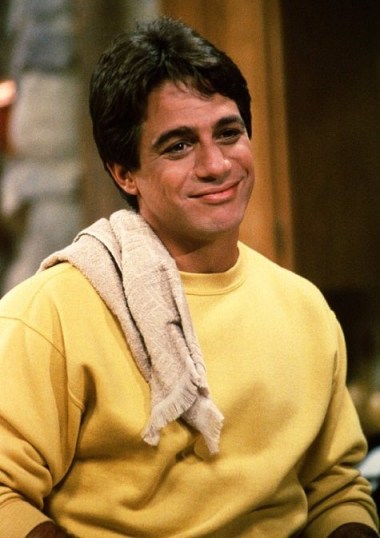 I’d like to see that towel wrapped around his waist.

Just like Buddy Valastro, Tony Micelli is an Italian-American male who knows his way around the kitchen. After a shoulder injury ended his professional baseball career, Tony took up work as a housekeeper for divorced advertising exec Angela Bower (Judith Light), her son Jonathan (Danny Pintauro), and her sexually charged mother Mona (the irrepresible Katherine Helmond, who helped set the bar for my beloved Golden Girls). As if that’s not enough, Tony was also a doting dad to his daughter Samantha (played by this totally obscure actress Alyssa Milano). Sexy, handy, and he knows how to clean. Sign me up, please!

So–who will it be? Who should I marry? I could see Jordan as a lead singer of a band, Troy  as a grad student, and Tony as the owner and operator of a cleaning business in North Jersey. Buddy, of course, is busy baking cakes in Carlo’s.

I’m going to have to go with C, Buddy Valastro. Now, I know that means I’ll live in Hoboken the rest of my life, but I’ll always have babysitters and the best desserts. And I do love dessert.

Who would you choose?

2 Responses to Who Should I Marry?