A Day in the Life of Carrie Bradshaw as a Teen? No thanks!

Posted on January 4, 2013 by thedvrfiles

Is anyone else throwing up a little about the upcoming series premiere of The Carrie Diaries? 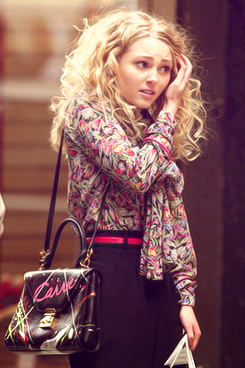 Now, I loved Sex and the City as much as the next girl/gay man. I was a college student in North Carolina and then a working adult in Boston when the show aired. By the time I moved to New York City in 2006, the show had been over for two years. But damn, you could feel the remnants left behind. Proof? The fact that I even KNOW what a Manolo Blahnik is and that no one wears pear-shaped diamond engagement rings anymore.

I choose to live in Queens which mercifully is devoid of the young Sex types (like they would ever step into an outer borough! They keep their feet planted firm in Murray Hill and the Upper East Side thankyouverymuch). But I DREAD next summer’s college interns because they are going to be all about Carrie and writing personal essays about their struggles being young and beautiful (yes, I get the irony that I write a blog from my point of view, hehe) and how unfair it is that their dads will only buy them a Louis Vuitton handbag when they really want a Birkin (Again, I am ashamed I know the name of both of these products). Plus it drives me bananas that the name of the actress starring as Carrie is AnnaSophia Robb. WHY IS THERE NO SPACE BETWEEN ANNA AND SOPHIA? That’s more pretentious than spelling “Liz” as “Lyz!”

Who knows if I will give it a shot. Probably not. But then again I do hate-watch Girls on HBO (returning for its second season on Sunday, January 13, one day before Carrie premieres) which is about young and average-looking self-absorbed ladies in New York City so the jury is still out . . . .