I bet ladies will be lining up at the sidelines after Kim Kardashian’s former piece–and Super Bowl winner–Reggie Bush announced that he’s “pretty excited” to be a dad after knocking up his current piece–a low budget Kim Kardashian lookalike (but then again isn’t Klassy Kim kind of low budget herself? A conundrum for sure!) named Lilit Avagyan. 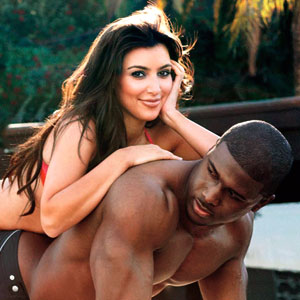 I can’t believe they didn’t make it! They seemed so committed and not self absorbed at all.

If that’s not a ringing endorsement of fatherhood I don’t know what is!

To be put it in perspective, I’m “pretty excited” when McDonald’s brings back Monopoly, when new episodes of Anthony Bourdain: No Reservations begin, and when my parents visit and they pay for my dinner. If I were, say, pregnant, I’d either be wicked scared or wicked excited.

4 Responses to Reggie Bush, Future Dad of the Year?