Do you ever imagine a world where being fierce means you’re a mean warrior and if you say smize your teachers send you to speech therapy class for not knowing how to pronounce a goddamn word? No? Well that just means you’ve been brainwashed by Tyra Banks. 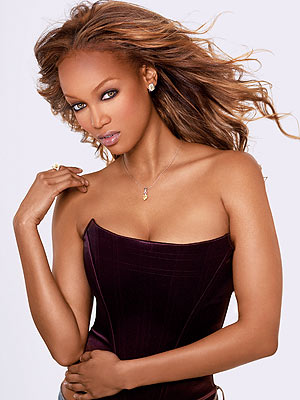 To be fair I did love her in Higher Learning.

For all of us born before 1991, there was a world where Tyra Banks didn’t exist. It was a really nice time. We watched reality tv shows like America’s Funniest Home Videos and thought that George Michael was straight. “I want your sex before you go go,” I dreamed that he carelessly whispered in my ear. “I will SO not be your father figure.”

He was SO hetero that he even made videos with really beautiful women that he totally wanted to sleep with, like “Freedom! ’90.”

And then 1992 came and he made perhaps his biggest pop culture contribution: the video for “Too Funky.”

It kills me to admit that when I watched The Graduate I was all, why is Mrs. Robinson copying George Michael?

Notice that I say biggest and not greatest contribution. Because before this video, NO ONE had every heard of “Tyra.” And then afterwards we all looked her up in magazines because we didn’t have any Internet then.

And now, 20 years later, Tyra is frigging EVERYWHERE! Thanks a lot George!

BUT–if you do a reunion Wham! tour with Andrew Ridgeley all will be forgiven . . . .

1 Response to I Blame George Michael for Tyra Banks