One Emmy prediction down, 14 to go!

Next up: Lead Actress in a Drama Series.

The talented bitches nominated are:

I was going to default to Glenn Close because I don’t want her to boil the bunny that I don’t own.

She really just wanted to use the knife to cut off her perm.

But then I’m all, why let a crazy ho win?

And I already predicted that another jealous wacko–Kathy Bates–will win the Emmy for Outstanding Guest Actress in a Comedy Series and we all learned in kindergarten that we should share. 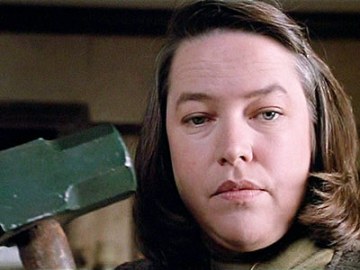 Would you like me to seduce you? Is that what you’re trying to tell me?

So now I’m left with four ladies whose shows I don’t watch. Based on the buzz, I’m thinking it’s all about Homeland. Damn I need a Showtime subscription, or at least a Showtime Anytime password!

Who I Want to Win: Claire Danes

Who Will Win: Claire Danes