And the Winner is . . . Outstanding Guest Actress In a Comedy Series!

I know it’s late afternoon on the Friday of Labor Day weekend and you’re all, where is Liz’s Emmy prediction??? I need it now!!!

That’s what Veruca said, and look what happened to her!

Patience is a virtue, my friends. Granted, an overrated one much like virginity, but a virtue nonetheless. And now I at last am going to make my predictions for Outstanding Guest Actress in a Comedy Series, which is sort of boring as far as Emmys go.

Here are the nominees:

Here’s the thing: I love all these women as much as John Travolta likes massages. As in, a LOT. But I don’t regularly watch most of these show. I mean, I go OUT on Saturday nights so it’s not like I have a date with NBC at 11:30pm. Let’s just forget that this is the DVR Files for a moment. Ha!

We might as well start. I’m knocking off Melissa McCarthy because she’s already nominated for Mike & Molly and why be greedy. If I knock her out of contention, I can’t very well give the Emmy to Maya, so she’s out too. Glee is for dweebs-sorry-so no Emmy for the Bieste.

And then there were three.

Elizabeth Banks seems like a nice person, but she gets to play a pretty blonde woman on tv. That’s not funny. 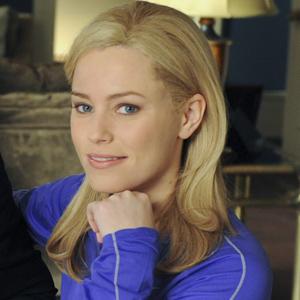 Being beautiful is HARD.

So now we’re left with Cho and Bates. This might be my Sophie’s Choice. I mean, based on how I dismissed Maya, you’d think I’d eliminate Cho instantly. BUT, as much as I love Kathy Bates, I just can’t support her work on Two and a Half Men. So . . .

Who I Want to Win: Margaret Cho

Who Will Win: Kathy Bates

3 Responses to And the Winner is . . . Outstanding Guest Actress In a Comedy Series!