Will I Understand Boardwalk Empire This Season? Probably Not!

Confession: I am a HUGE fan of HBO shows by default. What can I say, it’s the elitist in me. Sure, I watch PLENTY of low brow shows like Virgin Diaries, Hoarders, and Masterpiece Theater (Upstairs, Downstairs was SO trashy), but if it’s on HBO I automatically give it a shot. Even if it’s called Girls. 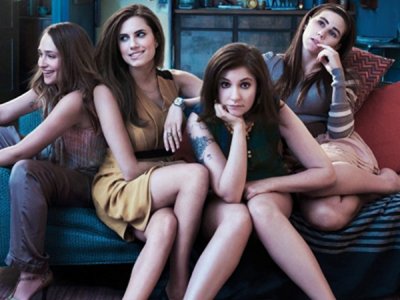 It is SO tough living in NYC while being supported by my parents.

So naturally, I am SUPER excited about the return of Boardwalk Empire for their third season, premiering on September 16. I don’t even remember what happened last season except for two closet lesbos getting shot, a butcher hanging a man like a piece of meat, and Jimmy Darmody also getting shot! Fun times!

The thing about Boardwalk Empire for me, as it is the thing about ANY shows centering around organized crime, is that I never have any idea what the hell is going on! Was Johnny Sack bad on The Sopranos? Maybe, but he was so nice to his chubby wife! Even vampires confuse me . . . wasn’t Eric Northman evil in the first season of True Blood? Ahhh, who the hell can tell. The only thing evil about him is that he hasn’t gone out on a date with me.

Also–I am always confused how Steve Buscemi gets the chick, even if it is an annoying one like Margaret Schroeder. But what do I know.