So today is sort of an annoying day in history. We have a new President who gets in more Twitter fights than LeAnn Rimes. Who allegedly appointed a noted anti-vaxxer to head up a “vaccine safety” commission. (I have an idea! Let’s make smallpox great again!)  I usually stay away from politics in the esteemed blog The DVR Files, but how can I stay silent when we are about to inaugurate a man who hired Bill over Kwame in the first season of The Apprentice? Too soon? 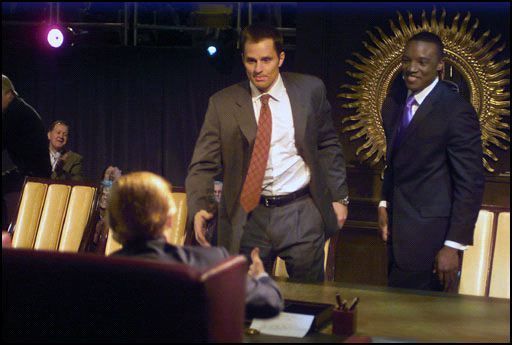 So in lieu of dwelling in the negative swamp of emotions, let’s celebrate the greatest thing in the world. No, not that Brad Pitt is single again (though that is pretty great too, look how much he has cleaned up since he broke up with Angelina!). 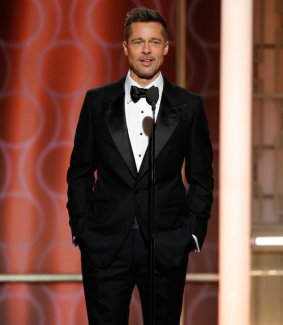 No, the real greatest thing in the world is that there is a Golden Girls themed cafe opening up in New York City called, wait for it, Rue La Rue Cafe! 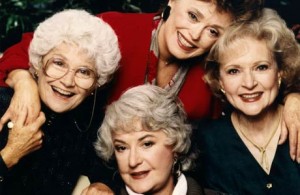 While there is no opening day set yet, you can follow their Facebook page for updates. It looks like it will be opening up soon and you bet this girl will be there on opening day wearing my best shoulder pads. (The restaurant is located in the Washington Heights section of Manhattan, at 4394 Broadway between 187 and 189th Streets, accessible by the A and 1 trains.)

Since I know many of you are whimpering at your desks, let’s forget all of that for a minute and I’ll showcase some of my favorite Golden Girls clips. We can make America great again by laughing . . . and soon by eating cheesecake at Rue La Rue Cafe!

One of my all time favorite episodes is when the girls were contestants on the fictional game show Grab That Dough. The host asked the ladies to complete the phrase “Better late than—” and Blanche quickly buzzed in. “Pregnant!” The audience howled. My eight year old ass laughed too but I didn’t get it. Years later I watched a rerun and all of a sudden I understood! SO TRUE Blanche! I can’t believe you didn’t get credit for that answer!

The Golden Girls is responsible for my pre-adolescent sexual education. In this classic episode, the ladies took ownership of their sexual health and bought condoms as they headed out on a romantic cruise. But first the cashier had to do a price check! Uh oh!

Even no nonsense Dorothy could be impressed by those with lofty credentials, and novelist Barbara Thorndyke played right into Dorothy’s insecurities. But one thing Dorothy could not accept was prejudice!

And of course, the girls were all about marriage equality before it was a trending topic on Twitter! Sure, Blanche had a tough time at first accepting that her brother Clayton was going to marry his partner Doug. But she came around!

So there we have it! Smile, because we have The Golden Girls and soon Rue La Rue Cafe!

Thank you for being a friend and reading!