Funny ladies RULE! I would know–I’m one of them after all. 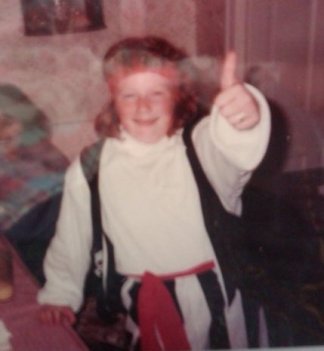 I was destined to be hilarious at a young age. Duh.

Hahahahaha I’m so vain. If you wrote a song I’d probably think it was about me.

But I digress. Let’s talk about the funny ladiez nominated for Outstanding Lead Actress in a Comedy Series.

Someone is channeling Susan Lucci.

Only Taylor Schilling is a first time nominee for her bad ass performance in Orange is the New Black.

Clearly I should use a thesaurus to find a new word for nominate but eh, I’m lazy.

This is tough, but I’ve gotta go with my gut. Even though she’s won a billion or so Emmys, Julia Louis-Dreyfus keeps getting better. Her performance as Vice President Selina Meyer is nuanced, subtle and hilarious.

Who I Want to Win: Julia Louis-Dreyfus

Who Will Win: Julia Louis-Dreyfus