Hot damn. The Emmys are in just two days and I have a LOT of predicting to do. Quick, give me a crystal ball!

I don’t have time to go to Kansas.

Ugh, how TYPICAL of me. I’ve procrastinated yet AGAIN. Well, here we go anyway. Put on your seat belt because we are going for a fast ride. Cliches, how I love you!

This afternoon’s category is Outstanding Directing for a Drama Series.

“Margate Sands” is the finale episode of Season 3 of Boardwalk. I stopped watching midway through the season, so I never got around to it. But my friend and fellow comic J-L Cauvin said this season was off the hook, so I need to go back and watch it. If nothing else, I owe it to Bobby Cannavale since chances are his character got whacked. 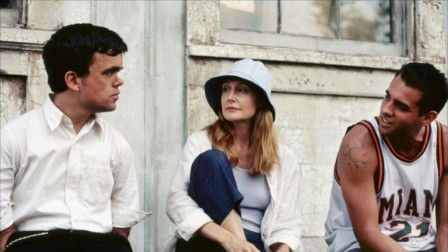 Look how hot he was in The Station Agent with Peter Dinklage!

“Gliding Over All” needs no words. This picture will do it more than enough justice. 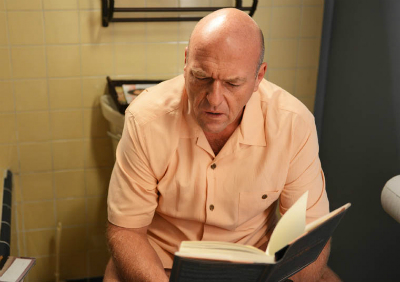 (Side note-as a super clever college radio DJ, I used to call my show “Song of Myself” because I was an English major, I was vain, I liked Walt Whitman, you do the math. That was my trademark phrase that was never actually trademarked nor probably even heard. Who listens to college radio anyway?)

“Episode 4” of Downton Abbey, which was also nominated for a Outstanding Writing, looked very beautiful and authentic, I’m sure, because it had a big budget. I did enjoy it, but the title renders it inconsequential. They should have called it, I don’t know, “The Evil Irishman” since Tom might have done something bad. 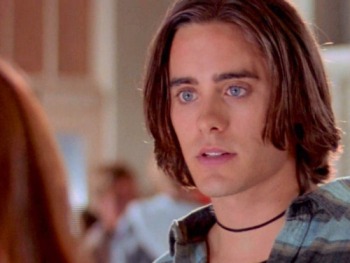 You’re so beautiful it hurts to look at you.

But that didn’t happen. Onward!

The final nomination is “Chapter 1,” the pilot from House of Cards. Now that I have someone’s Netflix password, I may finally watch it. Yahoo! And oh snap. This episode is directed by David Fincher, the man who brought us Gwyneth’s head in a box.

Who I Want to Win: “Gliding Over All,” Breaking Bad

Who Will Win: “Gliding Over All,” Breaking Bad