You Have One Life To Live. What Hospital Do You Go To?

Hey all. Bad news. You’re sick with some weird bogus disease. Totally bummer, because the weather is getting SO NICE. But anyway, you need to go to the hospital. Which one do you choose?

A) County General Hospital in Chicago 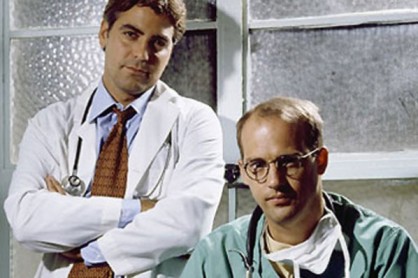 Normally I go for the hunk, but the guy with glasses looks smarter.

Even though Dr. Doug Ross no longer practices there and Dr. Mark Greene is dead (poor Anthony Edwards, first Goose now this???), if you need to take a trip to the ER there are a slew of other handsome physicians to give you a full body scan. I’m talking to you Dr. Tony Gates aka Mr. John Stamos aka the handsomest man in the world.

B) General Hospital in Port Charles

Ripped from the pages of Tiger Beat

I watched General Hospital for a hot minute in the summer of 1993 when Antonio Sabato, Jr., played Jagger Cates. Oh how we girls swooned. I don’t know who the hell he was on the show . . . a doctor, an orderly, a nurse, a stripper candy striper? But I do know he was hot and had something to do with the hospital in some tangential way.

“He can’t buy beer but can prescribe drugs!”

Let’s be honest . . . all of us girls want to meet a young doctor, but perhaps we would like him to have his driver’s license. That said, Doogie was a genius wonder boy and since he’s been practicing medicine so long, he’s probably paid off all his school loans! Plus he was so ahead of the game, he even was blogging on his Apple IIC before it was even a thing.

D) The Wild West, somewhere out in Colorado

The Wild West circa 1867 had lots of good things, like this guy. 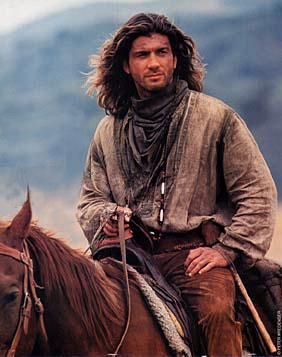 But it also had some bad things, like wolves and outlaws and contagious diseases. What a downer! Thank God we had Dr. Quinn, Medicine Woman to counter all of these calamities!

Jane Seymour is the Samson of women, you cut off her hair and she is DONE.

So where would YOU go? After all, you need to get better so we can go to the beach together!