Would You Rather: The Evil Parent Edition

Let’s just say a fictional HBO character could adopt you. Oh, and they have to be evil. Who would it be? 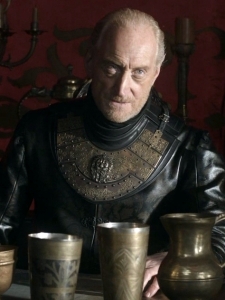 This is a tougher question than you’d think. I imagine your first thought is Tywin, duh. He’s rich, he’ll pay all your debts, you’ll be related to the king, blah blah blah. HOWEVER, if you’re a dwarf, he’ll blame you for killing your mother/his wife during childbirth, even though it wasn’t on purpose.

Livia, on the other hand, doesn’t have too many redeeming qualities. She’ll tell you you look like her cousin Cakey after he got a lobotomy, and she may order a hit on you if you are seeing a psychiatrist. The plus side, however, is that she’s senile and near death, so you may get a bit of an inheritance.

1 Response to Would You Rather: The Evil Parent Edition