Fake Nerds, Get Off My TV!

Just say you’re playing Who Wants To Be a Millionaire in the Regis years. It’s the $32,000 question, so if you get it right, that’s the MINIMUM amount of money you can win. 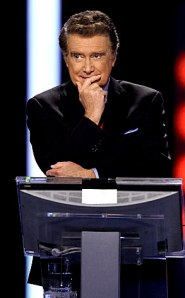 Regis is intrigued by this hypothetical situation too.

A mathematical formula presents itself onscreen. Score! you think, because you were on the math team in high school.

Reege asks you if this is:

a) the Pythagorean Theorem

b) the Quadratic Formula

All of a sudden, you panic. You can’t remember anything. Luckily, you have one lifeline left: phone-a-friend. Do you call:

a) Dr. Spencer Reid from Criminal Minds with an IQ of 187 and a photographic memory 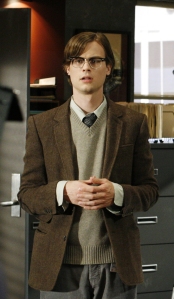 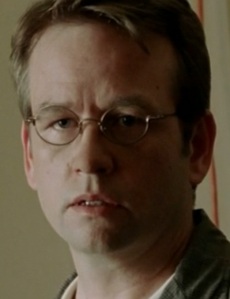 Those round frames do nothing for you.

He will always be David to me. No wonder Becky is now a lesbian.

This, of course, is a trick question. Sort of. The answer is D. Why? Well, let me explain and then watch the video below.

See–Hollywood thinks that if you slap a pair of glasses on a person, it will automatically make them smart. You take the glasses off, it will make them hot. I call this the She’s All That Syndrome. See, people like me and Brian P. wear glasses because we CAN’T see. If I take them off, I trip. That ain’t hot.

In real life, Dr. Spencer Reid is played by a gentleman named by Matthew Gray Gubler, a onetime fashion model. Milton Mamet is really Dallas Roberts, who looks like this: 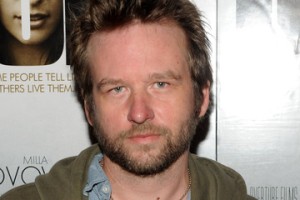 Looks like a North Face model not a friend of the evil Governor.

Leonard/Johnny Galecki actually looks most like a nerd out of the actors, but he also sometimes looks like this:

Brian P., on the other hand is legit. So I’m calling him. And he tells me that above equation is in fact b) the Quadratic Formula. And yes that’s my final answer.

After all, Brian’s a real nerd, y’all.