The year is 1990. You Can be On a Game Show Hosted By Chuck Woolery. What Do You Choose?

There are many great debates in life. Bubble Yum vs Hubba Bubba. Blow Pops vs Tootsie Pops. York Peppermint Patties vs Junior Mints. You get the picture.

And let’s not even start on 5th Avenue vs Butterfinger….

But perhaps the one that causes me the most mental anguish is to decide WHICH Chuck Woolery game show I would want to be on. Let’s discuss. 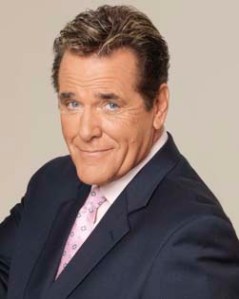 Yeah, I’ve got frosted tips. What do you want to do about it?

Airing from 1983-1984, Connection threw the normal dating shows on their head and spun them around and then ta da! Here we are! Every show, a bachelor or bachelorette would have their pick of three peeps of the opposite sex. They would have gone out on the date BEFORE the show aired, and then they’d review the date during the episode. It was rarely pretty but always fun!

Clip belong is longish but worth it–I mean, you need to see the mullet on Mark. Hello.

Chuck couldn’t be happy just making people fall in love. Nope, home boy was the Bo Jackson of game shows and also had to satisfy the wordsmiths of daytime viewing by hosting Scrabble, a game where you had to guess a word! Wow, how innovative! I loved this show and used to dream about inserting a tile into the console. A girl can wish!

Confesh: Greed didn’t air till 1999, well after my 1990 cutoff. However, it was still a good show for geeks like me. It was as if Who Wants to Be a Millionaire and Weakest Link had banged and given birth to this baby game show, except this time you could win TWO million dollars, though I don’t think anyone ever did. Oh well.

So there we have it. Truth be told, I’m a little confused. I wish I could a spin on the Wheel of Fortune (which he also hosted between 1975-1981) to help me make my decision. Or perhaps I could poll the audience a la Love Connection. But let’s be honest–I need a date. It would be Love Connection.