Oh Real World. I loved you so much in the early to mid ’90s. I can still name every cast member of the first season (Kevin, Julie, Heather B, Andre, Eric, Norman, and Becky who slept with one of the producers). I can tell you the name of Glenn from the second season’s band (Perch). I am still angry I was not invited to Irene’s wedding to her cop husband who it took her two months of dating to bang. I wonder if Jon is still a virgin (probably).

We started being polite and stopped being real by all wearing the same outfit.

Today The Real World is a bunch of crazy ass fame whores, but back in the day it was a really interesting social experience. Granted, the casts of the first few seasons were probably fame whores too, but there was no TMZ in that day so the best they could hope for was, way, hosting The Grind. 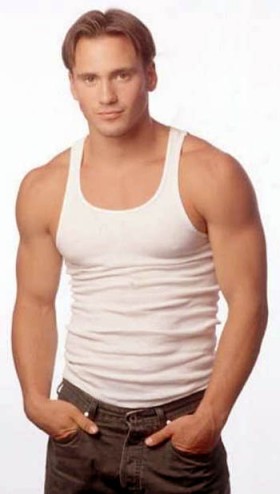 I feel the vibrations Eric Nies.

Perhaps the most polarizing figure in those early years was The Real World: San Francisco’s (3rd season) Puck Rainey. Puck, if you can remember, tormented the house, blew snot rockets, and famously feuded with cast-mate and AIDS activist Pedro Zamora (who ultimately passed away due to the disease shortly after the season wrapped filming).

I chalked up much of Puck’s behavior to youthful shenanigans and playing it up for the camera. I figured by now he’s grown up a bit. Or at least I hoped so. But nope, Puck is still a bit of an a–hole! See, just the other day he began a jail sentence for stalking.

Looks like he graduated from picking his nose and then eating peanut butter. Good work friend!