Where is Tony Eason???

Posted on September 9, 2012 by thedvrfiles

Okay it’s a Sunday in September so I assume you are all watching football. Maybe you’re eating really delicious buffalo wings and drinking beer. That sounds like a lot of fun. Will you please invite me over? I love a good wing. 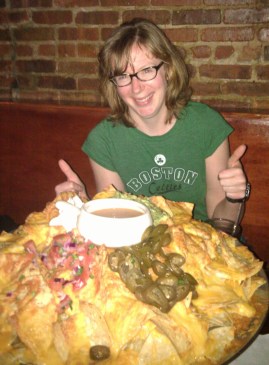 I also love a good nacho.

Football is like church to me: I don’t understand it but it’s an obligation to watch on Sundays! There, I admitted it. I don’t understand football. I hate to disappoint you all because I know you thought I knew everything. So. F—ing. Sorry.

Anyway, just because I have no idea what is going on doesn’t mean I don’t like it! I remember watching the 1986 Super Bowl when the Pats played Da Bears. 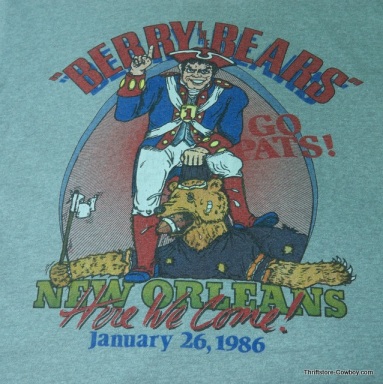 Who else had this shirt???

As any kid at Franklin School in North Andover, Massachusetts can remember, this was a national holiday. We spent our art classes designing Bury the Bear posters, except for the Dupree kids because they were from Chicago and had to be party poopers.

My older sister Katie, a third grader at the time, went beyond art work: she wrote Patriots quarterback Tony Eason a fan letter. Tony Eason, of course, went on to give the worst performance in Super Bowl history as the Pats were devoured by those mean old Bears, 46-10. Ouch! 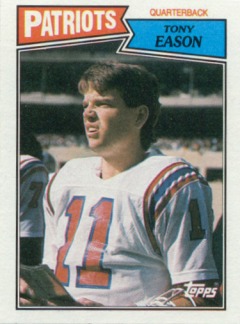 He WAS kind of cute, at least.

Whatever happened to Tony Eason? Eh, even wikipedia doesn’t know. He might be coaching basketball in Sacramento. Road trip anyone?

But first, give me some wings!

1 Response to Where is Tony Eason???