We all know that Hollywood is filled with SO many original ideas. So many, in fact, that they recycle tv shows that have been off the air just ten years (I’m talking to YOU 90210!). Sometimes they go as far as twenty years (read: Dallas). And now there are even talks of a Brady Bunch reboot, co-developed and executive produced by the once hot Vince Vaughn. 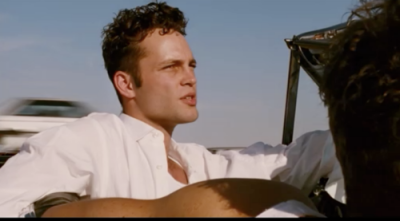 All this nostalgia made me think, what shows would I want them to remake next? The obvious choice is Golden Girls, but given that the powers that be just cast 58-year-old Ellen Barkin as a grandmother to a 20-something chick on the upcoming The New Normal, I don’t trust H’wood with any ladies of a certain age. Heck, I’m probably old enough to be a Memaw according to their rules!

Also–I don’t want a remake. I want a sequel. That’s the essential agreement in what makes Dallas one of the biggest hits of the year. Parents love J.R. and Bobby, the younguns unfortunately love Jesse Metcalfe. Hey, there’s no accounting for taste.

So with that in mind, here are a few shows that I’d love see revamped.

Roseanne –Granted, the series finale in 1997 ended up being fiction (bummer, man) but let’s just ignore that because I want John Goodman on my tv again. The relationship between Roseanne and Dan was was probably one of the most real ever.

Rags to Riches-Every girl born between 1976 and 1981 LOVED this show, even though it only lasted a season and a half. For those in the dark, it was a show set in the 1950s (or ’60s, who the hell could tell!) where five girls were adopted by a man named Nick Foley. And they sang. Boy did they sing.

So–what show would like to see back on tv???