Oops, I fell behind on my Hot Catholics of Lent again. What a sinner! We have 17 to go till I catch up. I’ve got the faith that I can do it.

So even though today is actually Day 30 of Lent, let’s return to where I left off, Day 13. Are you ready?

The Hot Catholic of Lent: Day 13 is the classic Hollywood hottie Gregory Peck! 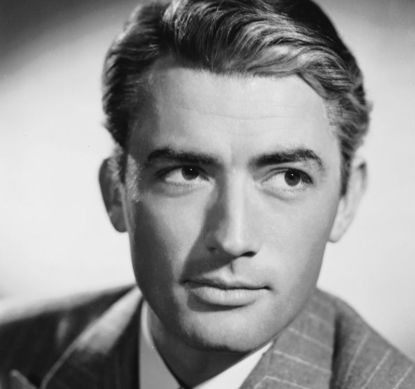 Many of us fell in love with Peck when he played the honorable lawyer Atticus Finch in the 1962 film adaptation of the beloved 1960 novel To Kill a Mockingbird where he defended an innocent black man in 1930s Alabama. Then author Harper Lee had to ruin the illusion nearly sixty years later when she published her only other novel Go Set a Watchman in 2015. She actually had written the book before Mockingbird though it was set twenty years later in the ’50s. Anyway, it turns out that maybe Atticus was kind of a racist after all. Nooooo! I refuse to read it.

I was so obsessed with the book and movie To Kill A Mockingbird in high school that I was determined to name my first son Atticus. I was going to same my second and third sons Phineas (after a character in the 1959 novel A Separate Peace) and Forrest (after another righteous Southern lawyer, Forrest Bedford, portrayed by Sam Waterston in the 1990s TV show I’ll Fly Away. Then Forrest Gump had to come out and ruin everything).

Luckily, I have no sons.

Gregory Peck passed away in 2003 at the age of 87. This Hot Catholic of Lent definitely has a place in heaven!

This entry was posted in Hot Catholic of Lent and tagged Atticus Finch, Gregory Peck, To Kill a Mockingbird. Bookmark the permalink.