With just a few hours to the Emmys, I’ve decided to bless you with my brilliant insight!

Let’s proceed, shall we? 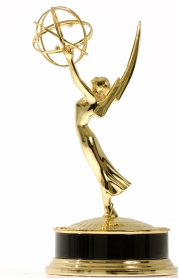 Some day you will be mine, bitch!

Who I Want to Win: Better Call Saul. It’s not a perfect show but it’s offbeat and different from the typical drama.

Who Will Win: Game of Thrones though I could also see The Americans or Mr. Robot taking the prize. The latter two shows are tres trendy right now!

This is still a thing? Why isn’t the category all Lifetime movies then? Anyway . . .

Who I Want to Win: All the Way on HBO because Bryan Cranston is in it. 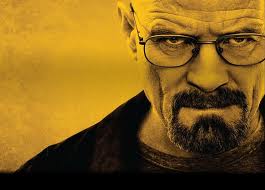 Who Will Win: Confirmation on HBO because you know Hollywood likes to take a political stand!

Who I Want to Win: Keegan-Michael Key as various characters, Key & Peele. One of the funniest all time shows on television. And no offense to Keegs, but why isn’t Jordan Peele nominated? They both deserve it!

Who Will Win: Tony Hale as Gary Walsh, Veep. He and Phil Dunphy always seem to trade this Emmy off. It’s Hale’s year to win again.

Who I Want to Win: Jonathan Banks as Mike Ehrmantraut, Better Call Saul. He never got the award for his amazing performance in Breaking Bad and it’s time already to give him the goddamn award!

Who Will Win: Peter Dinklage as Tyrion Lannister OR Kit “don’t call me pretty” Harrington as Jon Snow, Game of Thrones. Dinklage usually wins this category but I could see them giving it to the bastard this year.

Honestly even shirtless Kit doesn’t do it for me. But I know he does it for some of you so I posted this pic anyway. I’m thoughtful like that!

Who I Want to Win: Niecy Nash as Didi Ortley, Getting On. One of the most underrated, subtle, empathetic and amazing performances of the year. There is pretty much no way she will get it but she deserves it!

Who Will Win: Allison Janney as Bonnie, Mom. I’ve never met anyone who actually watches this show but Janney has taken the award the past two years so why should tonight be any different.

Who Will Win: I’m worried about this category. The Dame has won it before and I could see them giving it to her again as a final adieu. But I am scared that Emilia Clarke could get it for her performance as Daenerys in Game of Thrones and I know this is a VERY controversial opinion but I find her extremely one note and amateur to watch. Please don’t sic on any dragons on me.

I’ve still got more coming but this is what you get for now!

This entry was posted in Emmys, Uncategorized. Bookmark the permalink.