Maddox Jolie-Pitt is All Grown Up!

I feel old sometimes because people around me do grown up things that you do when you’re an adult. 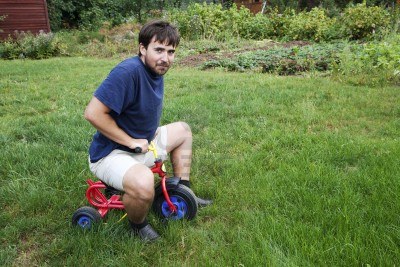 For example, some of my friends have gotten married. Some have bought houses. Some have even gotten divorced.

HOWEVER, nothing makes me feel as old as seeing modern day Maddox Jolie-Pitt, the now 12-year-old Cambodian boy whom Angelina Jolie adopted as a single parent back in 2002 right after she split with second husband Billy Bob Thornton, thus ushering in the phase of “St. Angie.”*

Let’s look at Maddox over the years.

Here he is as a baby.

A year or so later he already has a hipster haircut. 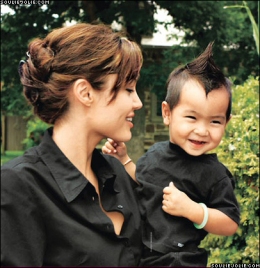 He must be pissed because they’re on their way to pick up Zahara from the orphanage. Home boy does not want to share the spotlight.

He looks like he should be dealing drugs to his boarding school classmates.

Rolling with the homies.

He must go to the colorist as his mama.

Look at that upper lip! It’s like he’s a budding Tom Selleck!

Is it wrong that I really want to hear him talk because his voice is probably changing and I want to see a Jolie-Pitt look awkward because they are otherwise so perfect?

*And yes, if we have to get all technical about it, I know she started the adoption process while she was married to Billy Bob, but she essentially raised him alone till she met Brad Pitt.

This entry was posted in Reality For Real and tagged Angelina Jolie, Brad Pitt, Maddox Jolie-Pitt. Bookmark the permalink.