Bruce, I’m on your side. I really am. But Jesus F—ing Christ. STOP. 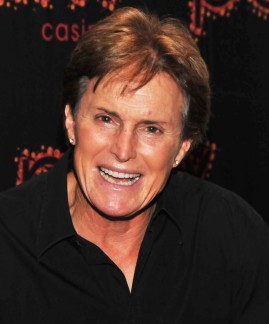 And believe it or not, I’m not even talking about the plastic surgery!

Nope, I’m talking about what my Bible-aka People Mag-claims was the decathlete’s “breaking point” in his marriage to soul sucking Kris.

I bet she has fangs.

The issue? Their house was too f—ing small. 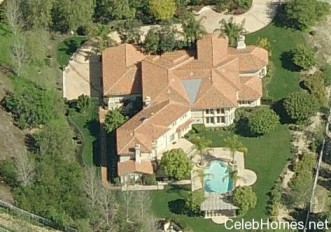 While the estate could certainly fit the population of Rhode Island, it apparently was not big enough for Kim and Kanye’s egos when they moved in with their baby and nannies (yes, as in plural of “nanny”), joining a household that already included Kris, Bruce, Kylie, Kendall, and frequent visitors Khloe and Kourtney.

The source explains that “This was Bruce’s house, too.”

“And he had no room. He felt like he was being shoved into a corner.”

Uh, source. Do you need me to show you the picture of their house again?

Uh, there are multiple corners in this house. Probably really spacious corners. Heck, you could probably fit the populations of Connecticut in ADDITION to the people of Rhode Island in the corners!

Don’t blame the house, Bruce. Blame the crazy b—-es who live between the walls! There, fixed it for you.

Lucky bastard even had an escape route: a house in Malibu. I don’t feel bad for him, though I imagine the scars on his soul are deeper than the ones on his face inflicted by all that plastic surgery.

This entry was posted in Reality For Real and tagged Bruce Jenner, Kardashians, Kris Jenner. Bookmark the permalink.