Is Halle Berry Giving Birth to a Camel?

I am a very shallow person, so as you can imagine I am SUPER excited about the baby boy Halle Berry is about to pop out because it is going to be GORGEOUS! 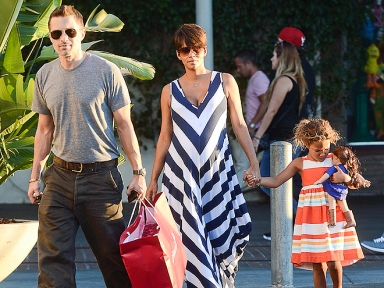 Who doesn’t want a male version of Nahla?

Except . . . where the hell is it? Halle’s been preggers for what feels like 14 months which leads me to believe she will birth a camel (they have long gestation periods).

Hopefully, Halle will make a human baby. And hopefully, she won’t split any time soon with third hubby Olivier Martinez because, hello! Who can forget the insane custody battle with her ex-partner and baby daddy, sexy Canadian model Gabriel Aubry?

He’s one of only two pretty boys I love (other one is Alex Skarsgard, duh.).

Halle joins an exclusive roster of celebrities who were knocked up so long I feared that their children would be giant mammals.

Good luck if you rub it!

Singer Fergie was with child for about 16 years, give or take a month. I truly thought a rhino was going to spring from her cootch (15 months in the womb) but instead she and husband Josh Duhamel welcomed super cute human baby boy Axl Jack to the world in August.

Demi did it first, home girl.

The 20th century had the Space Race between the US and Russia, and 2012 had the baby sprint between Jessica Simpson and Beyonce Knowles (I refuse to write the accent, mainly because I don’t know how to add it). Both celebs announced their pregnancies in the second half of 2011 (Beyonce at the end of August, Simpson on Halloween) and then boom! Beyonce gave birth to Blue Ivy on January 7, 2012.

But nope. The world did not meet Jessica’s sea cow, instead we met her daughter Maxwell Drew. 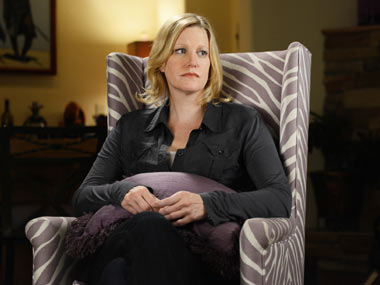 Can’t cover up that elephant, I mean baby human!

I am honestly shocked that Holly was born a healthy baby girl in 2009 because Skyler was pregnant for over a year on Breaking Bad. And now she only looks about 18 months old which is WEIRD because she should be 4. What is this, Harry Potter? Are we playing with magic or meth here?

I refuse to post a picture of Holly because it makes me too sad. So you get puppies instead!

So Halle, no matter WHAT you have, welcome to the club of super long pregnancies!