We Must Never Forget

As we all know, 98% of the time I am filled with snark and sarcasm. I try never to be mean (except to the Kardashians and LeAnn Rimes. Hopefully God will forgive me.) and instead look for the humor in almost every situation. Occasionally, however, I put all of that aside when something affects me in a deep, profound way. 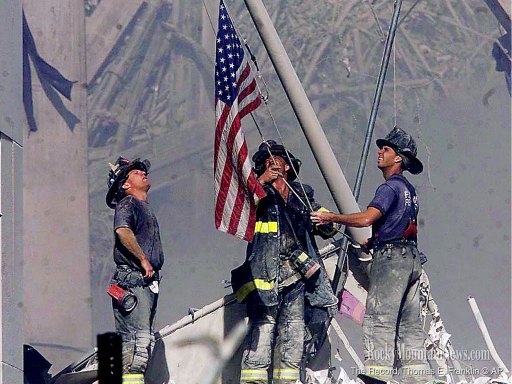 Today, of course, is September 11, 2013. It has been twelve years since the greatest terrorist attack on US soil that robbed the lives of 2977 beautiful souls. 2977 beautiful souls who had people who loved them, who needed them, who lost them. Men, women, children, immigrants, firemen, New Yorkers, Bostonians, bankers, dishwashers. Twelve years later, I still cry when I remember that day.

I didn’t live in New York in 2001. I lived at home with my parents in North Andover, MA. I was 22 and had recently graduated from Duke. I spent my days working out, going to Weight Watcher meetings, watching Golden Girls reruns, and, of course, looking for a job. It was a somewhat bleak existence. I watched a lot of TV, including this bizarre hybrid semi-reality show called Murder in Small Town X, where real life contestants had to solve a fictional murder in a small Maine town. Angel Juarbe, Jr., a firefighter with the FDNY, was crowned the winner on September 4.

And then September 11 happened.

It’s almost impossible to convey how everything changed that day. Prior to 9/11, the biggest piece of news had been the search for missing intern Chandra Levy and her alleged affair with Congressman Gary Condit. It was a horribly sad story on its own that was featured on every news network nearly around the clock. And then after the planes crashed, it disappeared from the airwaves.

On September 11, I remember sitting on the couch at my parents’ house trying to get in touch with everyone. My brother Andrew was a freshman at Fordham University in the Bronx. Back then I had almost zero knowledge of where anything was in NYC. The concept of downtown, the Upper East Side, the Village . . . these words meant nothing to me. For all I knew the Twin Towers were near my brother’s campus.

Fortunately for my family, the World Trade Center was located at the southern tip of Manhattan, about the furthest away you can be from the Bronx. But that was a hollow victory, because 2977 families were not fortunate.

Weeks or months later, I must have been browsing the Internet or reading a magazine, my memory here is a little foggy, but I read something that startled me. Earlier I told you I was obsessed with the TV show Murder in Small Town X. The winner, as I mentioned, was Angel Juarbe, Jr., a member of the FDNY. Angel, 35, was tragically of the 343 brave men who rushed to the Twin Towers who sacrificed his own life to save countless others. Angel died a hero. 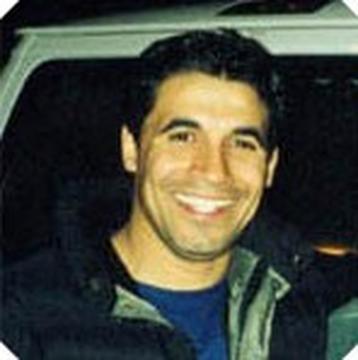 I remember when I found this out feeling so sad. I didn’t know Angel, of course, but here was this normal guy who had just been on TV, won a bit of money, and then a week later he was back at his job and woke up to go to work on a beautiful, sunny day. He didn’t know that this would be his last day on Earth when he woke up that morning. He just wanted to do his job.

I moved to New York City in 2006. I am proud to call this city home. I am proud of the police officers and firemen who go to work every day in order to keep people like me safe. I love the character of New Yorkers, the grittiness, the bravery, the survivors in all of them.