The Emmys are the Sophie’s Choice of Television

As many of you know, I love TV. Hence why I write a blog called The DVR Files. Crazy, isn’t it???

Mike Teavee was always my idol.

So naturally my favorite awards show is the Emmys. Nominations were announced last week, and I will be making periodic predictions till the actual presentation on September 22. Today it’s going to be “Outstanding Lead Actor in a Miniseries or a Movie.”

Let’s be f—ing honest. There is no way that either of the Brits nominated–Benedict Cumberbatch or Toby Jones–is going to win this award because, I mean, really. Despite the Anglophile nature of the Emmys (and me)–hello Downton Abbey–we’re not going to vote an Englishman the winner when we have three AMAZING American actors nominated who usually do film.

So now we have Douglas, Damon, and Pacino. Sounds like a law firm! If ONLY it were that simple.

But no, it is SO not simple. See, I bet Al Pacino was great because look at him. That HAIR! 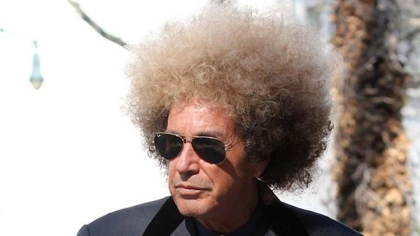 But I never saw Phil Spector so it’s a no go.

So now it’s between Douglas and Damon, both stars of my favorite TV movie of 2013 which I watched alone, which is unfortunate because there were SO MANY drinking games to be played during it! 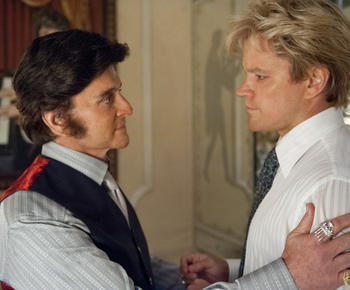 Take a shot when they touch each other!

How can you choose a winner? Both men were amazing. Douglas sounded exactly like Lib and 42-year-old Damon pretended to be 17! (Thorson was a teen when he first met Liberace.)

But really, I’m fooling myself. There’s no competition. It’s all Liberace/Douglas, all the way.

What do you think???