Now that Harry Styles is Dating Kimberly Stewart (Maybe), Which 19-Year-Old Could I Date?

In today’s edition of “And Not a Single F— Was Given,” we examine the dating life of Rod Stewart’s daughter Kimberly Stewart and Taylor Swift’s sloppy seconds Harry Styles, who’s in some boy band called One Direction. 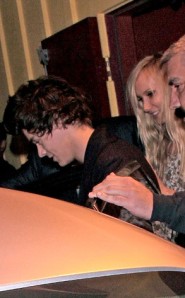 See, Kimberly, who is 33, was seen hanging around LA with 19-year-old Harry, joined by her dad Rod, Rod’s wife Penny, her brother Sean who was on one of the WORST reality shows of all time called Sons of Hollywood (and I would know–I watched Denise Richards: It’s Complicated) and Sean’s alleged piece Adrienne Maloof. 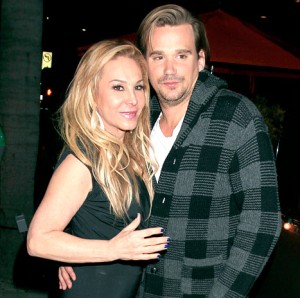 It’s okay, I just barfed a little in my mouth too.

A source reveals that “Age doesn’t really matter in the Stewart family,” which is SUPER true. Rod is 68, Penny 42. Sean is 32, Adrienne 52. And Kim is no stranger to dipping into the kiddie pool. In 2006 at the age of 26, she was engaged to some 19-year-old dude from Laguna Hills for a whopping two weeks. Maybe she promised him she’d buy him booze, but then he got a fake ID so he didn’t need her anymore. And because Kim is a true Goldilocks, she has also dated old, or at least SLEPT with old. In 2011 at 32, she gave birth to 44-year-old Benicio del Toro’s baby girl after what was rumored to be a one night stand. Well at least we know she’s fertile!

I really emulate Kim for going young. After all, we ARE the same age. So now that she’s taken one of the most eligible teen celebs off the market, I’ll have to look for the next big thing. Hey, Justin Bieber is 19! Is he available?