I am so happy that Vada Sultenfuss has found peace and love. Nearly 22 years after her best friend Thomas James Sennett was killed by bumblebees in every preteen’s favorite tearjerker My Girl, Vada has announced to the world via People mag that she is expecting her first child with hubby Shaun So. 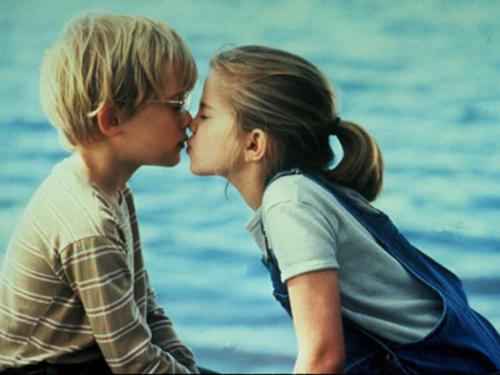 Truth be told, it’s not actually VADA’s who’s preggers–after all, even though My Girl was released in 1991, it was set in 1972 and she’d be WAY past her child-bearing days–it’s the actress who portrayed her, Anna Chlumsky, who is knocked up. Now starring in one of my fave tv show’s Veep, Anna’s baby is due this summer.

Congratulations Vada/Anna. Thomas James would have wanted this!