I never watch MTV anymore because I am, you know, an ADULT. 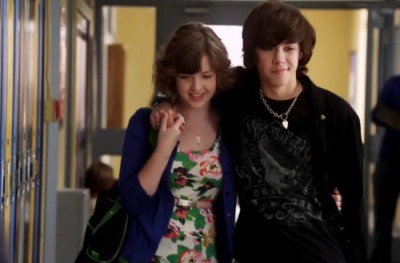 Though I do watch Degrassi, but it’s Canadian and everyone knows foreign things are more sophisticated.

But I do wax nostalgic for the days of my adolescence when I’d spend the summer taping videos on my parents’ super reliable Toshiba VCR (that sh– lasted 20 years) and then watch them over and over and over again.

My favorite band in the 1992/1993 era was 10,000 Maniacs. In eight grade I even entered a songwriting contest judged by the Queen of PC Natalie Merchant (I didn’t win). God, I loved her. In 1993 they released the Maniacs released their album Unplugged, which is hilarious because their entire career is pretty much unplugged. But whatever. My favorite song off this album was Noah’s Dove. I honestly don’t know if I even listened to the words. But it sounded wistful, sad, mopey, and hopeful, all at the same time, and that was kind of my thing back in the day.

Enjoy the stroll down memory lane and watch the goddamn video below and swoon like a 1990s goddess.