I Come From a Small Town

Here is the truth. I grew up in a small New England town. Small is relative, of course. There is something like 30,000 people who live in North Andover, MA, the place I call home. When I lived there, I think there were was a population of 20k. How much we have grown! I recently spent a weekend in Texas, where my best friend from college revealed to me what a REAL small town is. We went to visit her parents in the very appropriately town called, wait for it, Smithville. There was a main street and a couple of awesome restaurants. PLUS they filmed the movie Tree of Life there, starring Brad Pitt. Brad Pitt! Clearly this was a major place.

Hot damn! I thought to myself. Now THAT’s a small town!

Here I was, always bragging that I came from a lil old place, sort of by the sea that we call the Atlantic Ocean, probably 10 or 20 miles away! Soooo far away! And we never even had Brad Pitt visit! Brad Pitt!

I finally admitted to myself that okay, maybe North Andover is not THAT small.

I spent the ages of 4 through 22 living in North Andover. I can STILL remember my first day of nursery school because I have an insane memory like that. My mother’s great aunt had passed away, and she and my father had to attend the funeral in Rhode Island. “Don’t worry, Lizzie!” my mom said to super cute adorable me. “We’ll pick you up by the time your first day of school is over!” Being four years old, I did not realize that my mother measured her time in different ways. Sure, she picked me up after school . . . but two hours late! Luckily, Mrs. Lewis let me play with super cool blocks till then. 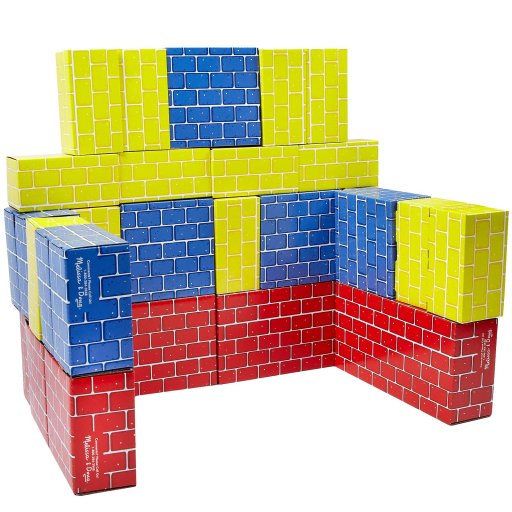 Do you think contractors use these to build houses? A girl can wish!

Nearly 30 years later (yes, I AM in my 30s though I look 21 soaking wet), my parents still call North Andover home. My mother is a teacher in the public school system and my father is involved in local town politics. And even though it’s been over a decade since I’ve lived there, North Andover is a HUGE part of who I am.

When you come from a small town, you take it for granted that you know everyone. You don’t even realize that it’s a privilege that when you go to the grocery store–probably Market Basket–you will see 18 people that you know, AT LEAST. I’ve lived in New York City for the past seven years, and before that Boston for five years. I’m lucky if I buy my copy of the New York Post from the same person twice over the course of a year!

When you grow up in a small town, you know everyone. And everyone knows you. And even if you were a nerd/mathlete/spelling bee champion–all titles that I held at one time or another–those people from your small town CARE about you. Because they ARE you. And that’s why when one of them leaves, it hurts. It REALLY f’ing hurts.

Look, I write a blog about TV and pop culture. I do stand up comedy. I am snarky, sarcastic, and snide. I swear too much. Guilty as charged. But I am who I am because of where I grew up. And I LOVE where I grew up. It took me a LONG time to accept this and admit it. North Andover is not perfect, because no place is. But what WAS near perfection was the crazy ass friendships I developed over the 18 years I lived there. And one of the dearest relationships that grew in that time was with my longtime classmate Angela Lukens. Angela and I both attended Franklin School starting in kindergarten. If we need to be all technical about it, we weren’t in the same kindergarten class–I had Mrs. Redman and if I recall correctly she had Mrs. Trombly. Tomayto, tomahto. At any rate-we were definitely in the same first grade class with Mrs. Bierman and spent the next 10+ years in the same classrooms through our time at Franklin, then North Andover Middle School and North Andover High School. We starred in plays together, we made geometry videos together, we even choreographed a dance to “Little Shop of Horrors” together. After high school, we both wound up at colleges in the South.

Upon college graduation, we lost touch due to disparate geography. But with the advent of Facebook, we had reconnected over the past couple of years. We especially bonded over our love for, wait for it, TV! Angela loved The Walking Dead as much as I did. This past Tuesday I asked the question why is Rick so anti-new people? Angela commented that she thought “the Ricktatorship is going to crumble next week.” I was super excited to find out if her prediction would turn out to be true as Rick was indeed going a bit cray cray.

Less than 24 hours after Angela posted on my Facebook wall, I found out some absolutely devastating news through one of our classmates at North Andover High School. Angela had passed away suddenly and unexpectedly. I was numb. Shocked. Floored. Speechless. How could someone so young, so vibrant, so f’ing funny!–now be gone? I called my parents when I found out the news. My father picked up the phone. I told him that Angela had died. Naturally, he was shocked. He asked me if I was okay. I remained calm. I could not even cry because it did not seem real. Was Angela really gone? I couldn’t accept it. But I had no choice.

A day later, I am still completely astonished by the news that Angela Lukens is no longer on this Earth. Even though we had not seen each other for years, I still considered her a friend. A really f—ing funny, TV-obsessed friend–my favorite kind!

When you grow up in a small town, you know everyone. And everyone knows you.

Much love. Forever and longer.

Until we meet again-