People Will Still Pay to See the New Kids on the Block, Proving They Do Have the Right Stuff

I grew up in the suburbs of Boston, as if you didn’t know that because I only mention it 58 times a week. At any rate, there was this boy band that hailed from nearby that everyone just ADORED. The Beatles? Rolling Stones? Nope, they were from the other side of the pond. I’m talking about the New Kids on the Block. 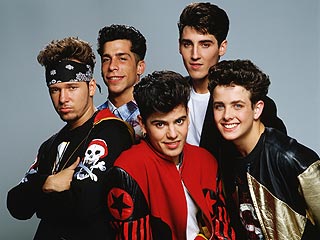 Despite their great hair, I never really got them. At least, not PUBLICLY. I pretended to be above them and preferred listening to more cultured musicians like Milli Vanilli, Cyndi Lauper, and Tears for Fears. What can I say, I was super cool. HOWEVER, privately was a different story. When I found out NKOTB were going to perform on Don’t Just Sit There, one of my favorite shows on Nickelodeon, I didn’t exactly turn it off.

Granted, I never owned one of their albums, never claimed I was their cover girl, or favorite girl, or even their Valentine girl. But let’s put it this way, they never had to beg me please don’t go girl because I never left.

That said–I will NOT be attending their big reunion tour. Sorry!