Confesh: I am a terrible American today. I woke up this morning thinking Hallelujah, no work! Did I care that President Obama was being inaugurated for his second term? Did I care that today is a day to celebrate the birthday of slain civil rights leader Martin Luther King, Jr. who would have turned only 84 on January 15? Um, I wish I could say I did, but in my mind I was all, EXTRA SLEEP!

Two cool cats. It’s a shame that they never got to meet.

So now that we have established that I am kind of an awful person, let me tell you I was not always that way. Growing up in an almost all white town in suburban Boston, I had a deep respect for civil rights. And you bet your ass on MLK Day I would plug my tush in front of the tv and watch one of the endless movies or specials that they ran on that Monday.

My favorite TV movie of this era? Unconquered starring a young and handsome Dermot Mulroney.

Unconquered was released in 1989 and set in the 1960s South. It was tangentially based on the real life of Richmond Flowers, Jr., a white dude played by Mulroney who was the son of the pro-civil rights Attorney General of Alabama Richmond Flowers, Sr. Anyway, Junior wanted to be a football player but he faced opposition due to some physical stuff plus all the racist white people in his hometown. He befriended this chick named Cindy and this boy named Arnie, a major geek whose dad also happened to publish a liberal newspaper. Somewhere, Martin Luther King, Jr. factored into the movie.

But of course, that’s not what I remember. What I DO recall is that Arnie, played by Jon Cryer lookalike Frank Whaley, hung himself. Yup, I like to turn a sunny day rainy. And because I LOVED to cry as a kid–favorite movie was Beaches what can I say–I felt so bad for Arnie and sobbed and sobbed and sobbed. 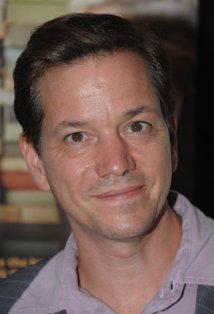 I have not watched Unconquered for 24 years (holy sh– I can’t believe I have memories that old. Quick, pass the vino so I can drown my sorrows away) but it always stuck with me. But with the second inauguration of President Barack Obama, I can now look ahead!