Well you krazy kidz you, it’s time to “Warm It Up” because you will be “Jump Jump”-ing in the air soon because Kriss Kross are coming back. I think. 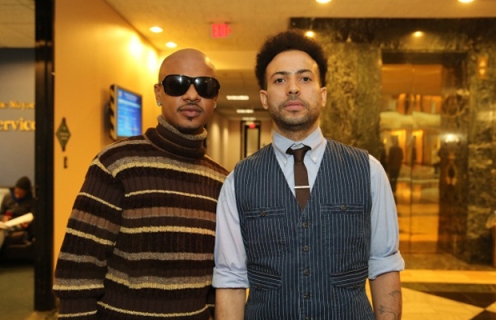 I f—ing called it that the one on the right would be hot some day.

Apparently, Daddy Mac and Mac Daddy are reuniting for one night to celebrate the 20th anniversary of So So Def Recordings. I wonder what they will sing? “Lil’ Boys in da Hood”? “I Missed the Bus”?  “Can’t Stop the Bum Rush”? The possibilities are endless! Well, not really, as they only released three albums before breaking up in 1996.

I need to buy a Red Sox jersey, stat!

So grab a shirt and flip that sh– around (or you can buy a backwards cardigan) and celebrate the early ’90s greatest fashion icons ever!!!

Let’s just hope that Another Bad Creation follow suit and get back together. A girl can wish, ever if her name is not Iesha.