Louie and the Terrible, Horrible, No Good, Very Bad Day

So . . . today was one of those days for me. One, it was Monday, and I hadn’t been to work since Thursday. Two, I took NyQuil after 5am because I couldn’t fall asleep so I was drowsy at work. And three, I got home late and had to cook my OWN dinner. Life is so unfair! I want a wife or mom to take care of me!

After sauteing some spinach, mushrooms, and a turkey burger (it was actually way more depressing than it sounds, because I am TERRIBLE at sauteing), I brought my dinner over to my tv table which is conveniently located in front of my tv. I was in a pissy mood so I needed to watch something light. Dateline and 48 Hour Mystery were not going to make the cut, so I decided on the season premiere of my fellow ginge Louie. The episode was fittingly called “Something Is Wrong” and it was about a very bad day in the life of Louis C.K. Preach! 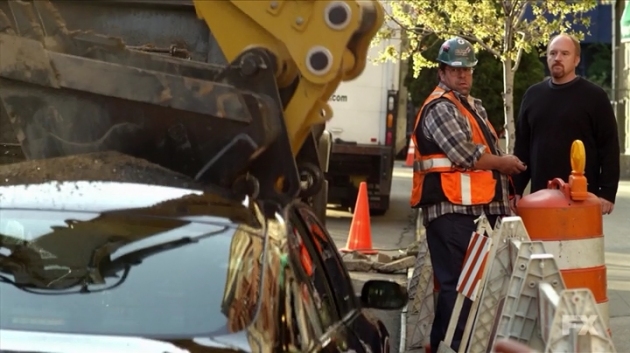 Now, they say “Misery loves company” . . . and so does Liz! Louie made me feel okay. See, first Louie made his girlfriend break up with him. And know who his girlfriend was played by? Gaby Hoffmann, the former child star of such hits as Now and Then, Sleepless in Seattle, and Uncle Buck! And I was especially happy to her because home girl is only 30 in real life but she looks older than I do (hint–I’m over 30, but not by a LOT or anything!). 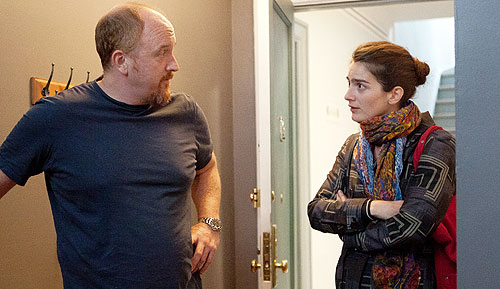 I bet Louis wanted her to say “If you build it they will come” during sex ALL THE TIME!

Don’t get me wrong, Gaby is still adorbs, but it is nice to see an actress look like someone you would actually know.

So as I was saying, Louie gets dumped–sort of–then he his car gets crushed by construction, then he buys a motorcycle because why not, and then he crashes that too and has to go to the hospital! Oh Louie!

I don’t know why but this was just what I needed to watch. It actually made me appreciate that my sh– ain’t all that bad. Life is good.

And that’s as positive and upbeat as you’ll ever find me on this blog, until they resurrect Bea Arthur, Estelle Getty, and Rue McClanahan from the dead to join Betty White in a Golden Girls revival.