One week into Lent and I’ve been all about sexy people for Hot Catholics. 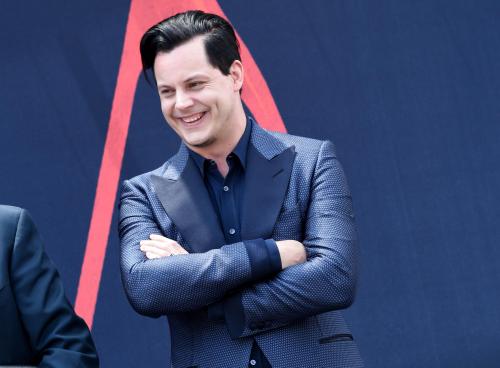 And yes, some people do consider Day 4’s Hot Catholic of Lent Jack White a babe. Look how much he’s cleaned up!

But Lent has something to do with Jesus and faith and being good and all those types of things you can find about at church or on wikipedia. And along those lines I am declaring Day 7’s Hot Catholic of Lent a true Christian, albeit a fictional one from a novel which later became a musical. That’s right, I’m talking about Jean Valjean of Les Misérables fame! 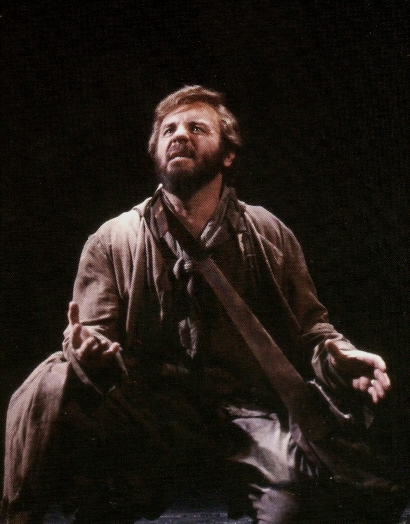 The original Valjean on Broadway, played by Colm Wilkinson (also a Hot Catholic!)

I first became obsessed with Les Mis in fourth grade when I’d go over my friend Nicki’s house and she’d play the song “Master of the House” over and over and over again which we loved because they said the word “shit” in it. Oh, how we’d laugh. My uncle John sent me the soundtrack on cassette tape for my tenth birthday. My tastes had evolved by then. I preferred the song “Come to Me,” aka the one where Fantine dies. Coincidentally my favorite movie at that time was Beaches. What can I say? I liked people dying in my entertainment.

By high school I had moved on from Fantine to Valjean. A one time petty criminal who had served nineteen years in prison for stealing bread for his starving sister’s family, he had reinvented himself as a successful factory owner. But his old nemesis, the police inspector Javert, was always on the lookout for Valjean. At one point Valjean was about to let another man get arrested for a minor crime Valjean committed. Right before he launched into the song “Who Am I?”, Valjean declared, “If I speak, I am condemned. If I stay silent, I am damned.” He ended up confessing to his crime, singing:

Gets me every time!

To this day, Valjean’s first statement has stuck with me: “If I speak, I am condemned. If I stay silent, I am damned.” It’s a reminder that our first obligation is to our conscience. We must do what’s right, even if it hurts us. Unless, of course, you’re a sociopath without any conscience. Then do whatever you want!

And because you want it, here is Colm Wilkinson/Valjean singing “Who Am I?”at the tenth anniversary concert of Les Misérables.

This entry was posted in Hot Catholic of Lent and tagged Colm Wilkinson, Les Miserables, Valjean. Bookmark the permalink.