Emmy Predictions 2016: Outstanding Lead Actor in a Limited Series or a Movie

Ugh, didn’t mean to get you get excited. No, Penny is NOT back. Way worse. I AM BACK! Please, don’t clap all at once.

It’s been a busy few months. I had to sleep and eat and you know how that can be. But I’ve returned right in time for the Emmys which are this coming Sunday, September 18 so get ready for a bunch of predictions. Let’s start with Outstanding Lead Actor in a Limited Series or a Movie.

Wow, I thought the Revolutionary War was 200+ years ago but apparently Paul Revere better hop on his horse because the British are coming and they are taking over our television shows this time! Of the six nominees for this category, three are from across the pond: Idris, Benedict, and Tom Hiddleston. 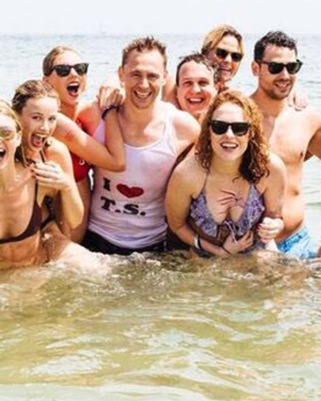 My opinion is this category is very informed because I’ve seen half(ish) of the shows and I loved both of them: The Night Manager and the O.J. one that I’m too lazy to write out. Tom and the brief appearance of his bare ass were EXCELLENT and Courtney B. rocked it as Johnnie. Cuba was all right but didn’t have the right bulk to pull off Simpson. The other guys, I’m sure did great.

I’d be happy honestly with anyone BUT Cuba winning. The ensemble was strong in the O.J. cast but Gooding and John Travolta as Robert Shapiro were the weakest links.

Who I Want to Win: Courtney B. Vance

Who Will Win: Tom Hiddleston