Emmy Predictions 2015: the Rest of Them!

Kidz! The Emmys are tonight and I’m en route to a christening so we gotta make this quick! Here are the rest of my predictions!

This is a tough one because everyone is great!

Who I Want to Win: Amy Poehler. I didn”t even watch Parks and Recreation regularly but the show ended this year and home girl deserves it.

Who Will Win: Julia Louis-Dreyfus. She always does so why not this year too!

Who I want to win: Taraji P. Henson because Cookie is the best dresser in the WORLD. Duh. 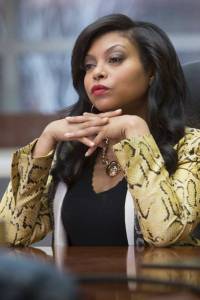 do not mess with this woman.

who will win: Claire Danes? I heard Homeland was better this season? Bueller?

Who I Want to Win: Silicon Valley. Whip smart writing with near perfect casting.

Who Will Win: Modern Family. Is it even worth having this as an award because they are the teacher’s pet of the Emmys.

outstanding writing for a comedy series

Who I want to win: Silicon Valley

who will win: Transparent

outstanding writing for a variety series
Who I want to win: Key & Peele

Who Will Win: the daily show