Are We Ready For Tonight?

Do NOT read below if you are not caught up on Breaking Bad. I don’t want to hear, Liz, you ruined it for me! Because I am super respectful I am giving you ample spoiler alerts. DON’T READ BELOW unless you are okay with hearing what happened on Breaking Bad last week. GOT IT?

I don’t trust you yet.

Here’s a random aside that tangentially involves Breaking Bad. I DVR’ed Scarface a few weeks ago when it aired on AMC. I’ve been lazy about actually watching it because it’s four hours long with commercials, which yes, I know I can fast forward through.

But before I deleted it from my DVR, I noticed this hottie. 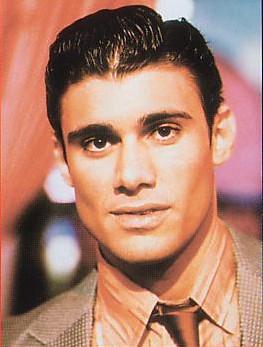 Manny Ribera, Tony Montana’s cohort. Wow! Now, Scarface came out in 1983, so I know Steven Bauer-the actor who played this criminally sexy criminal-probably looks quite a bit older than he did thirty years ago. So I googled him just in case. 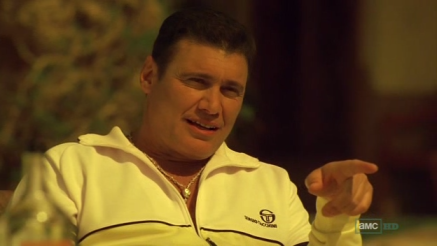 Watch out for Gus!

Okay, back to last week’s episode of Breaking Bad.

As we know, the episode ended on a cliffhanger, where Hank and Gomey are engaged in a gun fight with Uncle Nazi and his cronies. It is NOT looking good for Hank. I mean, these guys took out Declan’s crew in a matter of seconds . . . do we really think that Hank is going to survive this? And what the f— is going to happen to Jesse? Will he get away? Based on the first episode of the first half of season five, looks like Walt will survive. I hope Marie kills the bastard.

I’ve never been so upset about a character getting murdered in my life, not even Adriana on The Sopranos, not even Ned Stark getting beheaded, or that unfortunate Red Wedding. I am sick to my stomach thinking about tonight’s episode.

What do you think will happen? Will there be any survivors besides Walt?

Be strong my friends.

This entry was posted in Great Television and tagged Breaking Bad, Scarface. Bookmark the permalink.