Posted on February 5, 2013 by thedvrfiles

Confesh: I never watched Felicity back in the day. I was actually IN college when it aired and I didn’t need to be reminded me that young, nubile college coeds should be bedding hot British-born actors like Scott Speedman. I was reminded of that on a daily basis on my way to the all you can eat buffet at the dining hall. But anyway. 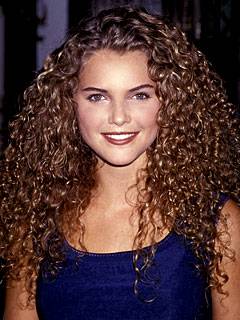 If you guess the right number of curls, I’ll chop off my hair and give it to you and then no one will watch my show ever again.

At any rate, I’ve still always liked actress Keri Russell, who played the eponymous Felicity from 1998-2002. So I was kind of excited when I found out she was cast on the new FX show The Americans about a group of decidedly NON-American KGB spies infiltrating the US in the 1980s. Irony, thy name is Television! Only one episode has aired so far, and I am only 2/3 of the way through. Not because I don’t like it, but because I have other things to do like eat, sleep, and work. Only so many hours in the day! Keri plays Elizabeth Jennings, a Russian by birth and loyalty, and she’s married to fellow Commie Phillips Jennings (played by foxy Welsh actor Matthew Rhys), and they live in the US and have kids and do things like hate America and maybe kill people (no spoilers here!). 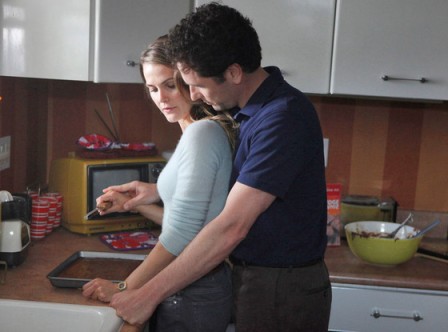 They also make Socialist brownies while getting it on.

I have to admit, however, as much as I love Keri Russell (she married a hot carpenter in real life and she seems so normal–she uses a granny cart to transport her laundry and everything!)–evil Russian spy she is not. 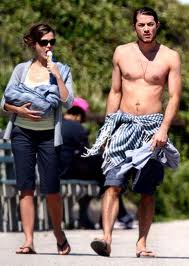 I’m liking the show so far so I’ll overlook that Keri looks like a nice overgrown Girl Scout instead of, say, a woman that would poison those Thin Mints so that she can eliminate an evil capitalist American. I’m a child of the 1980s, after all, and I love a good Cold War era mystery!