Less than a hour to go till the Emmys and I have about a dozen predictions left to make. Must be a new record for blog posting!

Next up: Funny Men. I present to you the nominees for Outstanding Lead Actor in a Comedy Series.

Wow, how interesting that three of them men are nominated for playing themselves! What a stretch! Matt plays Matt, Louis plays Louie, and Alec Baldwin plays an arrogant blowhard. Good work all!

Clearly Alec is not better off dead. Ha!

Truth be told, it’s an interesting group. I only watch two of the shows, 30 Rock and Louie, so I am a bit biased. As much as Alec Baldwin annoys me in his personal life, he is brilliant as Jack Donaghy. He plays a lovable prick to perfection!

Matt LeBlanc will always be Joey to me, so even when he plays himself I’ll give him the side eye. Plus I don’t get Showtime. Woe is me. But I’ve heard good things about Episodes.

Shockingly, one bandwagon I have NOT jumped on is Arrested Development. When the show originally aired nearly a decade ago, I refused to watch it out of spite because a very unlikable roommate of mine worshiped the show. So when the latest season was released on Netflix in May, I gave it a shot. I just could not get into it. Sorry Jason Bateman. 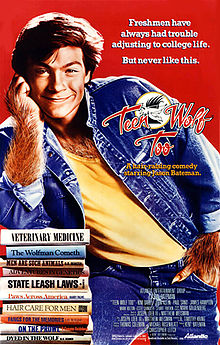 You’ll always have Teen Wolf Too.

Cheadles, as we know, should have won twenty years ago for his stellar performance as Roland Wilson in The Golden Palace.

I’d check into a hotel where Cheadle is working, especially in Miami, which is so nice that I’ll say it thrice!

I FINALLY watched an episode of The Big Bang Theory this year when I was home visiting my parents, and I admit I’m totally elitist against broadcast network shows. Plus Jim Parsons already won in 2010 and 2011.

So then there was one. Sounds like an Agatha Christie novel. Louis C.K.’s subtle performance as, ahem, himself is so nuanced and interesting and thoroughly enjoyable, even when the show is not enjoyable. He puts us with him in uncomfortable moments (like when he was forced to go down on Melissa Leo) and we feel for him when he’s rejected as host of a late night show. The show is not always laugh out loud funny–it’s more thoughtful and honest. I urge you to give it a try if you haven’t watched it yet, though the new season won’t begin till next year. Boooooo.

Who Will Win: Alec Baldwin. And if he loses at least he’ll have some excellent angry tweets!